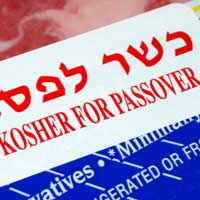 We all know that every time we eat meat an animal has been killed, but we may not know how that actually happens.

For the purposes of this article, we will not deal with the moral issues of eating meat, although there is plenty more information on this element of the argument on this site, but we shall look at the facts of modern slaughter practices for the animals that we eat.

The two key areas of animal slaughter are religious and non-religious slaughter.

With over three million animals each year being killed within the confines of religious slaughter each year, it is an important element of the industry, although it is certainly a controversial one. The religious involved are primarily Judaism and Muslim, with the faiths dictating certain slaughter practices that do not sit totally comfortably with the traditional, modern slaughter methods.

The Jewish 'Kashrut' is a set of rules, regulations and beliefs surrounding their food and its preparation, which includes the accepted methods of slaughtering animals. Food which adheres to their dietary laws is known as kosher and animals slaughtered in a kosher manner means that they must be killed with one clean cut from a serrated knife.

Muslim beliefs regarding their meat relates to the term 'Halal', which refers to food which is acceptable as set forth by Sunnah. The slaughter methods also require a single cut to the throat, so that the blood can be drained from the animal. This practice if often criticised for the potential stress and pain inflicted on the animal is the single cut does not render it immediately and totally unconscious.

With the huge amounts of animals slaughtered every year for human consumption, the largest amount are killed commercially, through non-religious methods. This, however, does not mean that all methods are pain-free for the animals, although ever more raised awareness of the meat industry and its practices means that there is a growing list of acceptable and non-acceptable behaviour which helps the regulation and indeed prosecution of companies involved.

As the Humane Methods of Slaughter Act states, 'animals raised for food deserve as humane a death as possible' and they offer a list of acceptable procedures, all of which kill the animal immediately and painlessly.

- this method is used for sheep, cattle and pigs and involves the animal being asphyxiated with a carbon dioxide gas.

- this method is used for sheep, pigs, goats, calves, cattle and horses. A captive bolt stunner is used on the animal to render it immediately unconscious.

- with this method, used for all animals, sufficient electrical current is applied to ensure surgical anaesthesia.

Cruelty to animals is a criminal offence in the UK, as it is in many countries and this extends to the practices in slaughter houses. The government department that deals with such matters is DEFRA (the Department for the Environment, Food and Rural Affairs), who accepts that religious slaughter takes place, but would prefer that all slaughtered animals were stunned initially.

The DEFRA guidelines state that all killing or slaughter must be conducted without causing any avoidable excitement, pain or suffering to any animal. These strict guidelines state that all slaughter must be carried out by fully trained experts, all relevant licences must be held, only the permitted methods of slaughter can be used and every person involved in the process must be competent and with the animals best interest at heart.

Live Livestock Exports
Share Your Story, Join the Discussion or Seek Advice..
If we are told from an early age that bred animals have no moral value then that is what we grow up believing,our traditions and cultures are not always right,and when we decide that all life matters,when we have reached a point in our lives which convinces us that killing for greed and pleasure is not only wrong but barbaric and evil then we stop being involved in such cruel things and we stop eating animals because there is no need,it is not normal and is not necessary to eat animals.The whole idea of the meat and dairy industries is to make money from pain and suffering and that makes them very corrupt indeed. When we stop being uncivilised and become fully evolved that is when we have become enlightened and educated to the atrocities of mass killing of innocent sentient beings who want to live not be bred to suffer and die for human greed.
DUSTY - 15-Apr-14 @ 5:05 PM
Title:
(never shown)
Firstname:
(never shown)
Surname:
(never shown)
Email:
(never shown)
Nickname:
(shown)
Comment:
Validate: