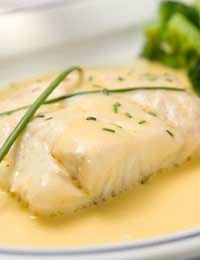 Many religious have rules regarding food and drink, with restrictions on types of food that is acceptable, how it is prepared and when it is eaten.Some religions are stricter than others, with year round guidelines, others may have traditions that relate to certain times of the year or particular foods.

It is common for some believers in a faith to have their own level of acceptance of the food traditions of their faith, with strict believers often adopting a more dedicated, serious approach to the rules and less strict people taking on board the main regulations.

It is considered a key part of your faith to comply with food regulations and many people believe it keeps their faith strong. By partaking in rituals and rights of passage, people are committing to their faith and the act of buying, preparing and eating certain foods is a bond with our history and way to maintain traditions.

It also helps to provide a structure to our busy lives, with many people living and working away from their families. These traditions can ensure that we spend time with our families and share important dates in our own religious calendar.

In Buddhism, many people chose to not eat meat at all. They believe that you should not eat meat that has intentionally been killed, so some Buddhists may eat meat if they know that it adheres to this rule. Many Buddhists monks are strict vegetarians.

There is a tradition in the Catholic faith to not eat meat on a Friday. There are a number of interpretations on the reason for this, with many people believing that it represents the sacrifice of Jesus and that you must not spill blood on this day. It is traditional to eat fish on Fridays instead, with this getting diluted in recent years.

Nowadays, Catholics will eat fish on Good Friday, even if they do not every Friday throughout the year. Until recent years, it was common for schools in the UK to serve fish on a Friday, along with other institutions, although with a greater understanding of other religions, this is not the case in multi-faith schools.

There are many food based rules and regulations in the Jewish faith, with guidelines on preparation and what foods to eat at different times. In the Jewish calendar, there are holidays which go hand in hand with certain foods and Jewish families enjoy maintaining these traditions.

A popular dish to be served during the Jewish Passover festival is a chicken soup with dumplings. The soup is a clear, chicken broth made by simmering a chicken carcass and is then served with dumplings made with matzo, a wheat grain. Food regulations in the Jewish faith are called 'kahsrut', with acceptable foods known as 'kosher'.

In the Christian faith, and others, the celebration of Christmas brings with it many food-based traditions. All families enjoy a Christmas dinner that is often based around a large roast turkey. Some people chose a chicken or goose. It is roasted alongside a number of vegetables and potatoes and served with accompaniments such as cranberry sauce, gravy and bread sauce.