How Cheap Meat is Reared 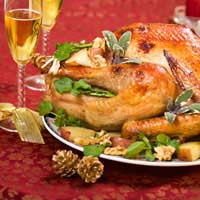 Without wishing to go into every gruesome detail, although these are easy to find with a little judicial googling, to understand how cheap meat is reared is to decide not to ever buy those 'two for five pounds' chickens or any processed 'Turkey Twizzler' type products again.

Do You Have to Eat Meat in Every Meal?

It is near impossible to gain any information about how cheap meat is produced and the treatment of the animals without thinking that you don't want to perpetuate this industry at all. If cost is the deciding factor of your shopping basket, as it is for many people and you do not have the time to go trawling around every independent producer locally, how about choosing to eat meat less often and buy better quality?

You could aim to buy one ethically reared chicken per week and learn how to make it last for three meals rather than fill your freezer with cheap meat and have a pile of it on every plate. Having a vegetarian option a few times a week is also a good way to reduce the cost of your weekly trolley - for committed carnivores, there are many vegetarian recipes that are so delicious you don't miss the meat - or try protein sources such as Quorn.

If you experiment with Japanese and Indian cooking, many dishes are not supposed to have meat in, so rather than make a 'meat free' version of your favourite British dish and really miss the meat, try a spicy dhal or a salmon ramen instead.

The practices behind rearing the animals that give their lives for those cheap deals on the supermarket shelves are based around industrial farming. Increased availability of vaccinations and antibiotics to keep infections at bay mean that intensively reared chickens only have an A4, indoor space for their entire lives.

Their claws grow too long because they cannot scratch about to file them, so they end up scratching themselves. This causes infections, so they are pumped full of more antibiotics. Their pellet feed is often laced with colouring to improve the 'look' of their flesh or the colour of their yolks.

The average intensively reared chicken shed is also a breading ground for infections for humans. The recent avian flu outbreak in Asia highlighted how the conditions of these farms are ideally suited to the mutating of the bird disease into a strand dangerous to humans, which is capable of causing a deadly human epidemic.

In addition to the terrible living conditions of intensively reared animals, their dying conditions are pretty appalling too. Both live animals and carcasses of dead animals are transported huge distances, as huge numbers of local abattoirs have been closed in the UK. There are increased centralised facilities for slaughtering, meaning that animals are piled into trucks, driven for many miles, often even overseas and then killed.

The process terrifies the animals - it has been proven that cows in particular tense up on the journey and are aware of the slaughter process in front of them, as they see other animals being killed.

As the National Farmers Union says, you get what you pay for.