The Global Impact of Eating Meat 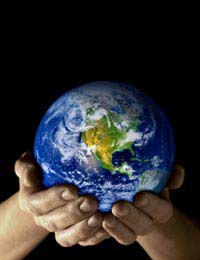 The global impact of eating meat is growing exponentially, whether we chose to recognise it or not.

The global impact of eating meat takes many forms; it’s not just a financial problem. A hunter gatherer diet is far more sustainable in that people would have eaten lots of whatever they were able to get hold of, with an evolutionary balanced diet due to availability of certain foods, or lack of it.

Today, the global impact of eating meat is understood in financial, ecological and nutritional perspectives.

Meat also requires a great deal of processing and transportation. Well, it doesn’t actually require it, as we could keep our own cattle, or buy locally, which would not encumber such costs, but, generally speaking, the current meat production industry does incur great cost for production and transportation.

It is crazy that the UK imports lamb from New Zealand when we have so many sheep ourselves, but there is no joined up thinking within the meat industry.

Too many companies have their profits tied up with import and export, so while another company may be importing exactly what they’re exporting, this would not sustain the businesses. So you can see how this gets tricky, because if you were employed by one of these companies, you wouldn’t want them to close as you would lose your job, even if it was better for the environment.

In late 2008 the climate chief of the UN urged us all to eat less meat in order to try to reduce the ecological impact of the meat industry. As the global demand for meat grows, the pressure on our limited resources speeds up.

Producing meat involves food and space for the animals as well as the cost of fossil fuels for processing and transportation. In Central America alone, over 40 per cent of its rainforests have been destroyed over the past 40 years to make way for cattle grazing. This is rainforests that are irreplaceable and it doesn’t even satisfy the need.

The ecological impact is also notable in terms of energy consumption.

Humans do not need to eat meat. While meat is delicious and an excellent source of certain B vitamins and other minerals, you can either eat meat less often or choose a vegetarian diet.

There is a growing number of responsible consumers that do not want to go vegetarian, but are pleased to choose better quality, more responsibly produced meat less often, rather than throwing packet after packet of two-for-one chicken breasts in their shopping trolleys and expecting to eat meat every day, with no thought as to the cost behind their purchases.

The Real Cost of a Pound of Meat